A Tale of Two Boxcars- Part 1

Anthony Hardy, a regular operator on the Chesapeake, Wheeling and Erie, recently came across some CSX material that had been given to friend by a gentleman who retired from the railroad. Included in the box was a customer listing for the EK Subdivision of the Louisville & Nashville Railroad. The photo below shows the document. 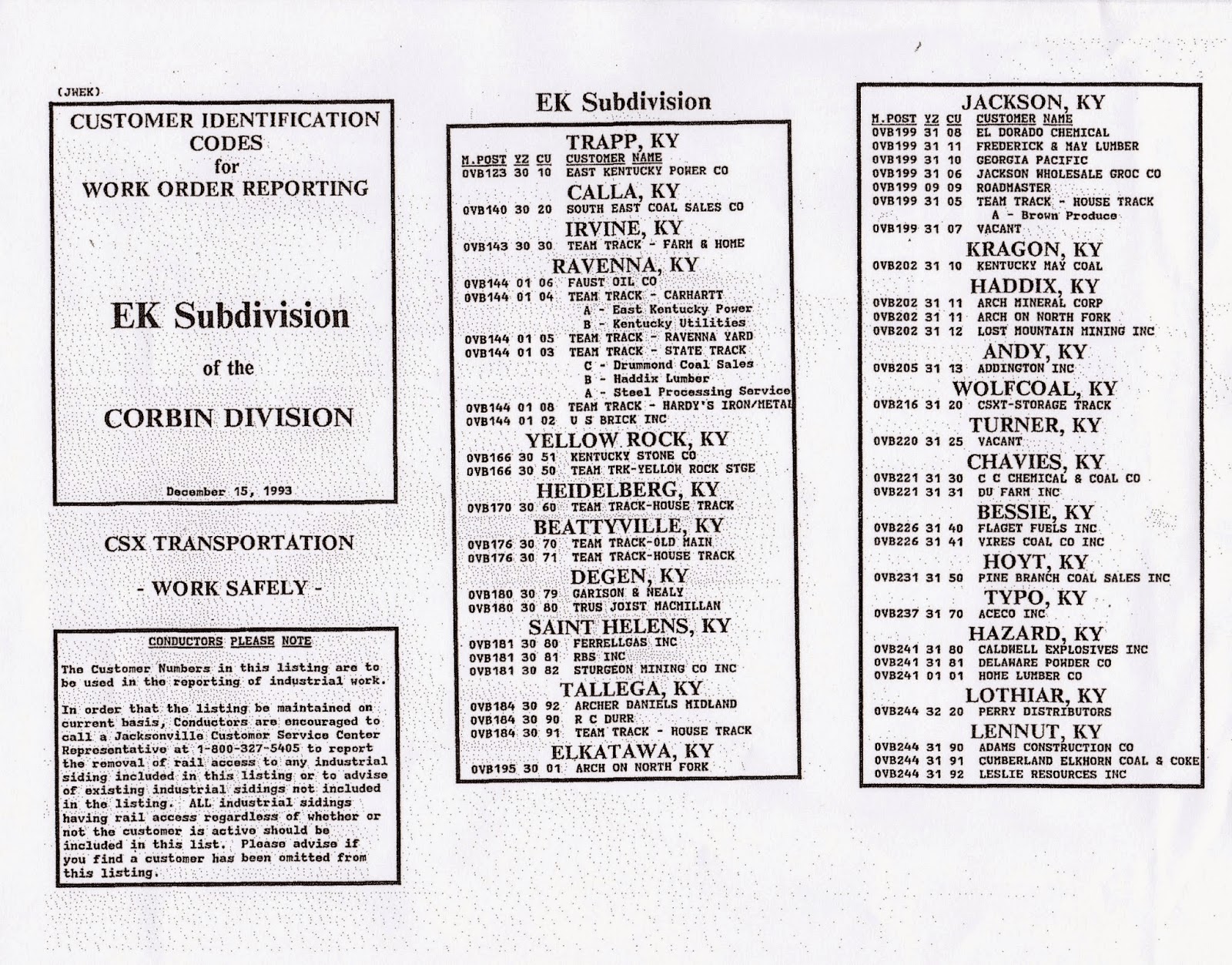 This document started an e-mail exchange about the various customers, and in particular the Jackson Wholesale Grocery in Jackson, Kentucky. According to Anthony and several other friends, all of whom grew up in the area and have studied the operations of the L&N, it was common to see reefers and insulated boxcars spotted at grocery wholesalers throughout the coal fields up until the mid 1980’s. In fact, another one of the regular members of the CWE crew, Stuart Thayer, had actually taken some photos of a local working Jackson Wholesale back in 1985. Below are several of the photos that he passed along. 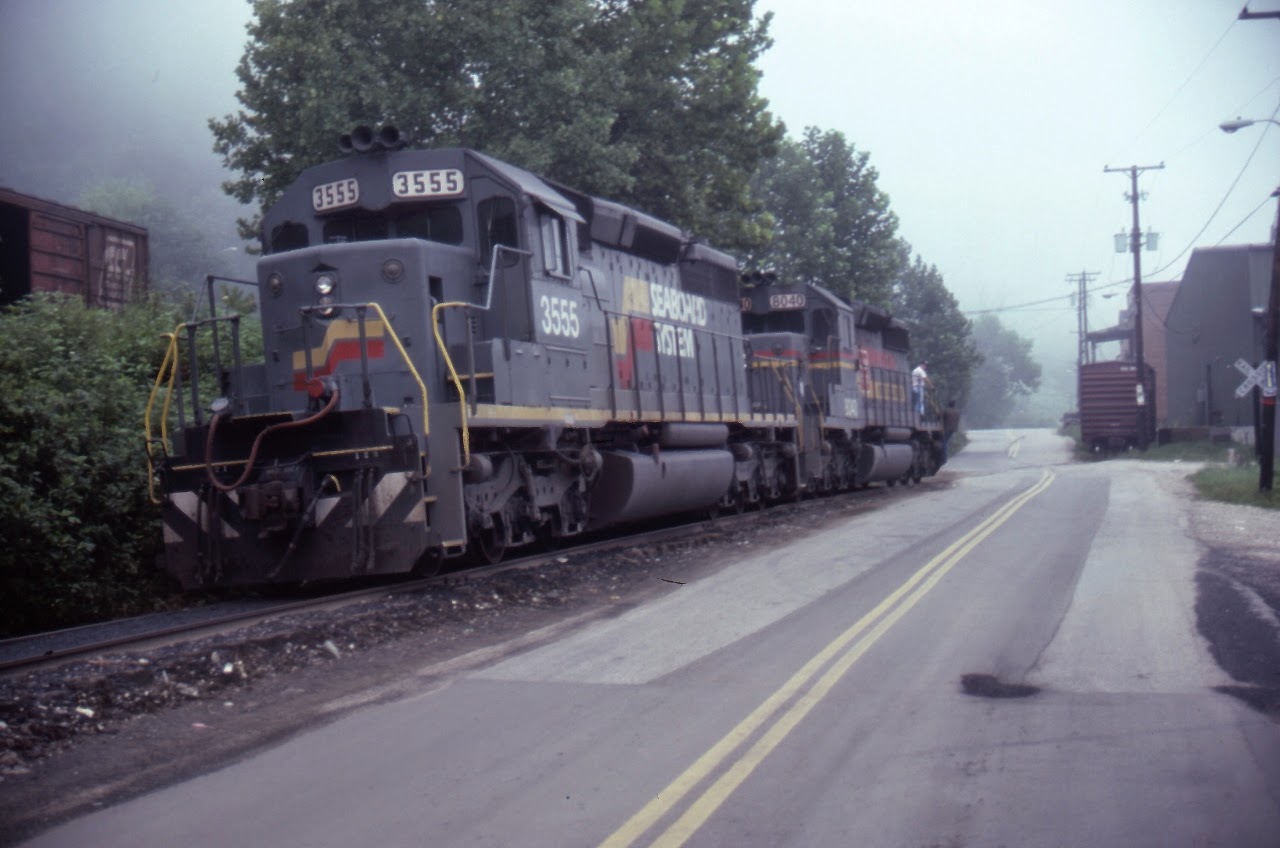 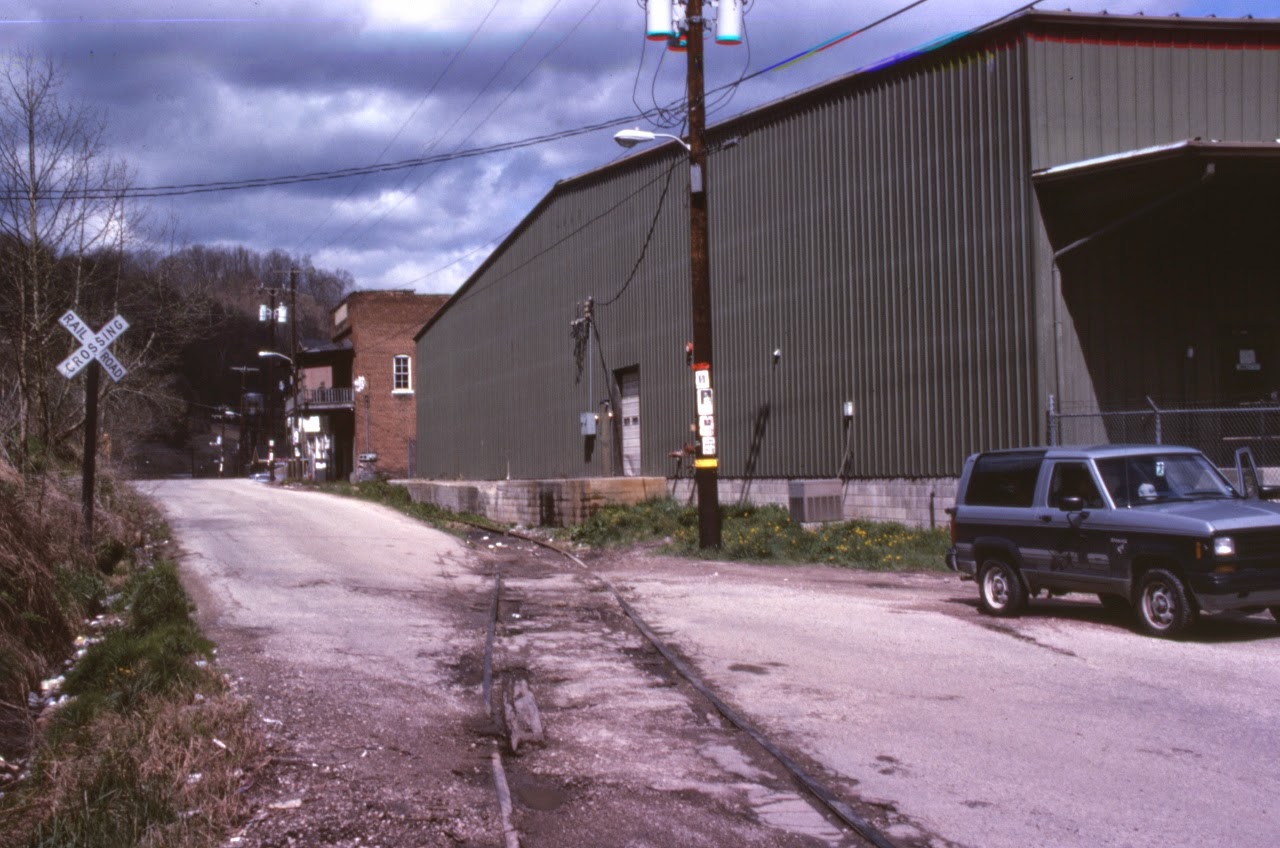 Based upon this conversation, several of the branches on my layout now have grocery wholesale customers.  All I needed was some cars for this service.

At the same time this conversation was taking place, I came across an advertisement for an Atlas 50’ insulated plug door boxcar. This car is part of the company’s Master Series line and the detail is just fantastic. 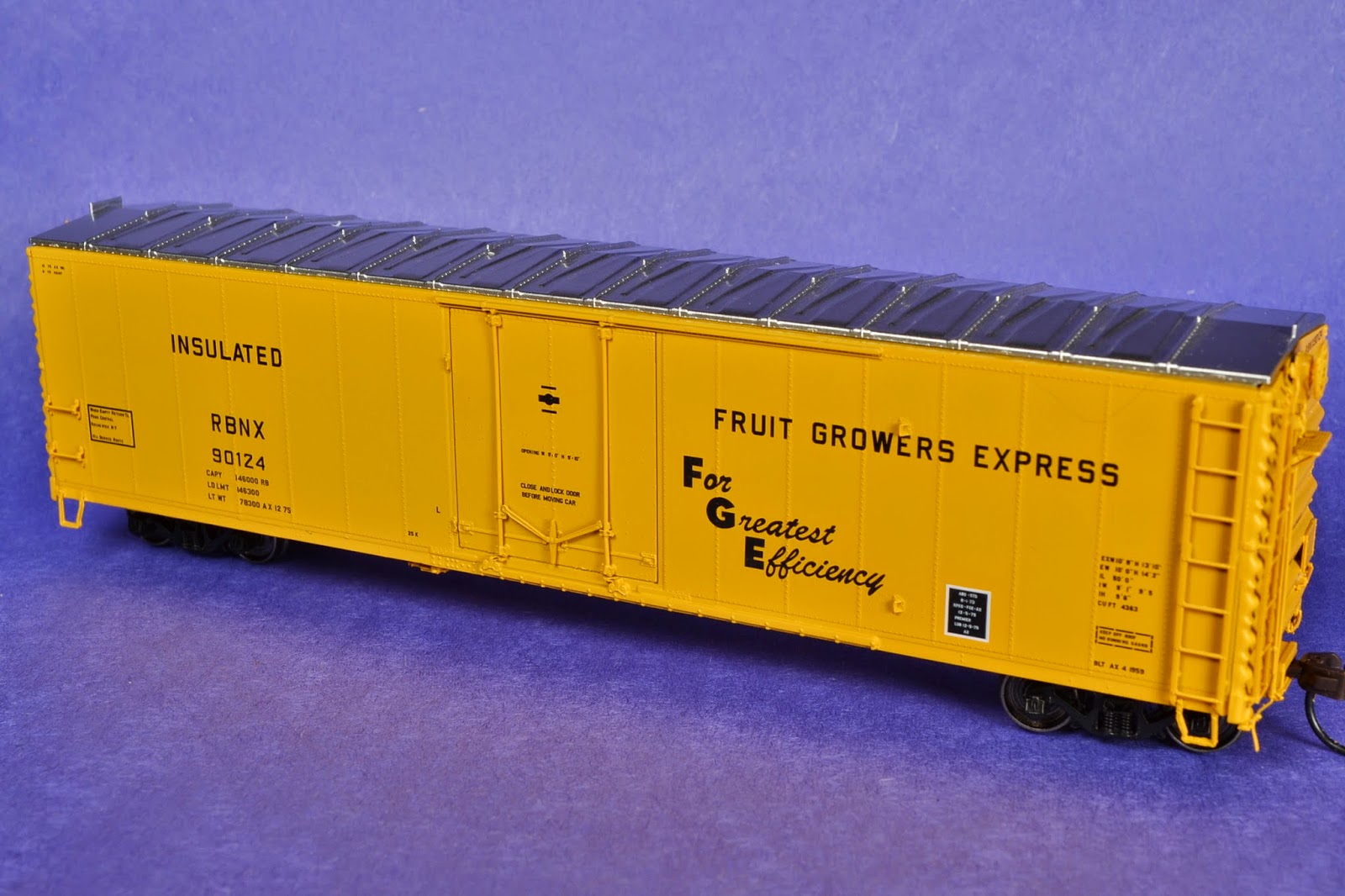 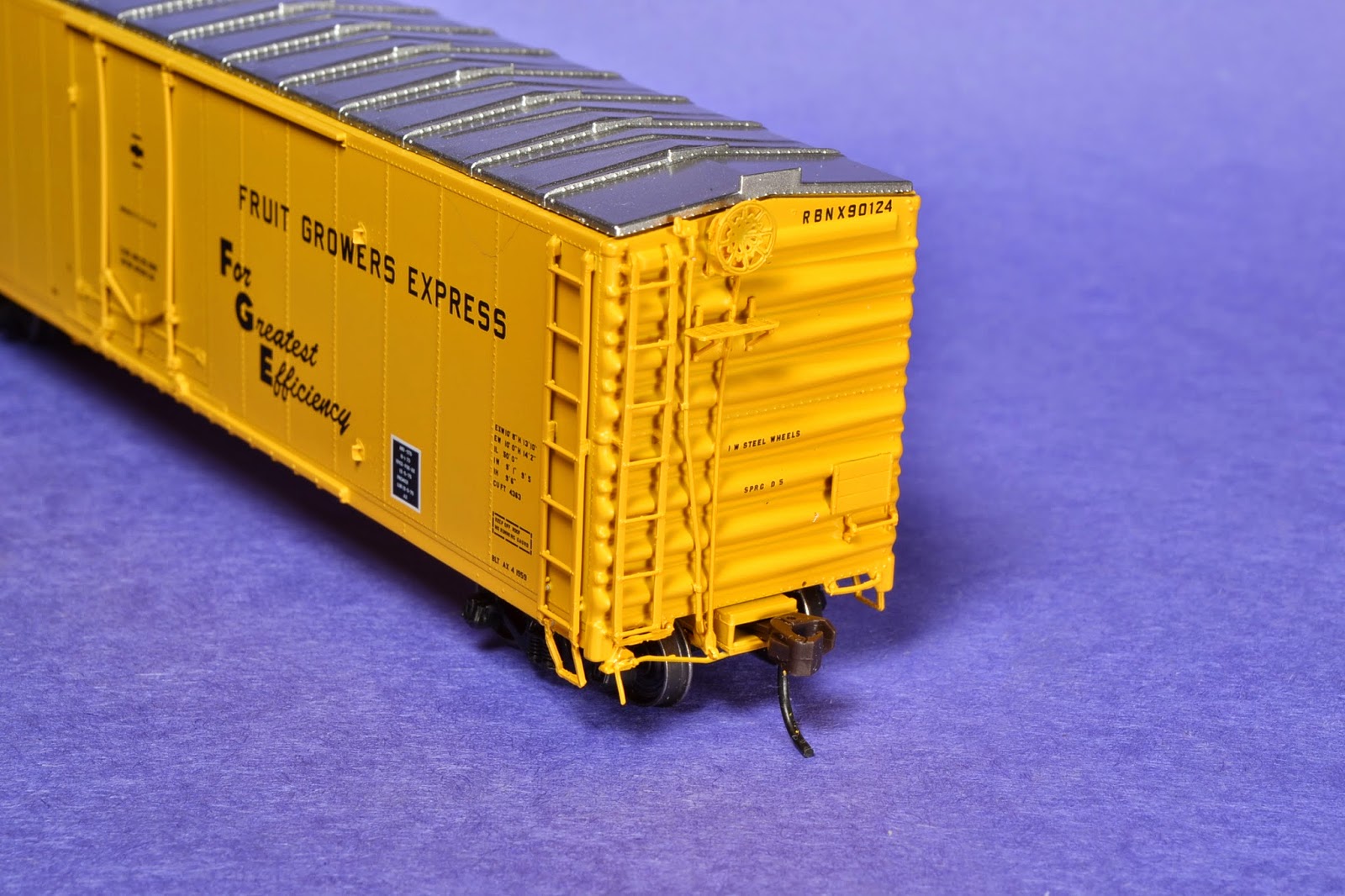 Everything about the car is extremely well done and there are many individually applied detail parts. Even the locking mechanism on the plug door is a separate part. It appeared these cars would fit the bill for the grocery wholesale service on the branches, so I picked up two of them lettered for RBNX.

This car would work just fine right out of the box. But before I put any cars on the layout, I like to make sure that they meet certain standards that I have established for all of my rolling stock. I also make sure that they are weathered appropriately as I’ve noticed that once cars get on the layout, the likelihood that they will be pulled off for weathering decreases with each operating session. In Part 2, I'll make a few minor changes that will improve the performance and looks of these nice cars.

Posted by Tom Patterson at 7:31 AM