The Coaling Tower at Nelsonville- Part 1

It's been a while since I've posted on the blog here. There have been periodic updates posted on the CWE Facebook page, which is much easier to manage, and the blog has suffered as a result. But I thought I might put up a few posts about the progress on the coaling tower at Nelsonville. I had been stuck on this project for a long time, and I finally found a way to get the whole thing back on track (pun intended). But first, a little history.

I built the coaling tower at North Pierce back around 2003- 2004. I replaced all of the Walthers steel pieces with Tichy parts and spent a good deal of time weathering it. And while it worked at the time, I was never completely satisfied with the weathering. You can see it in the photo below. 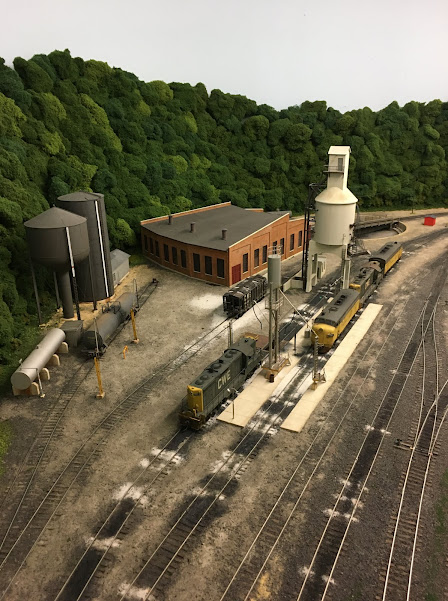 I wasn't able to capture the look of concrete very well, and my attempts at replicating the cast lines from the concrete forms fell woefully short.

Fast forward ten years or so and I was planning the engine terminal at Nelsonville. I had been studying photos of C&O coaling towers, and the structure at Sandy Hook yard in particular. You can it in the photo below. 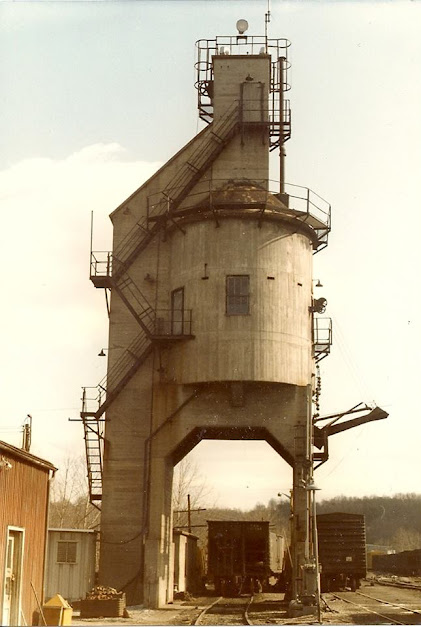 I thought I could modify the Walthers kit to closely resemble this, and I started playing around with different shapes. I finally got serious and started cutting plastic. The photos below show some of the steps. 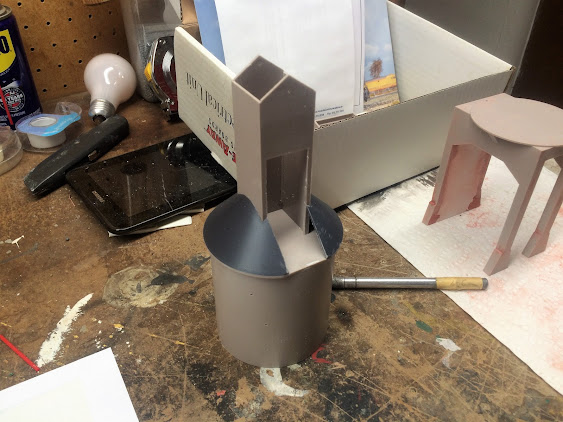 At first, I thought I would just fill in the back of the base of the tower and leave the front part as it came in the kit. The photo below shows how the base looked at this point. 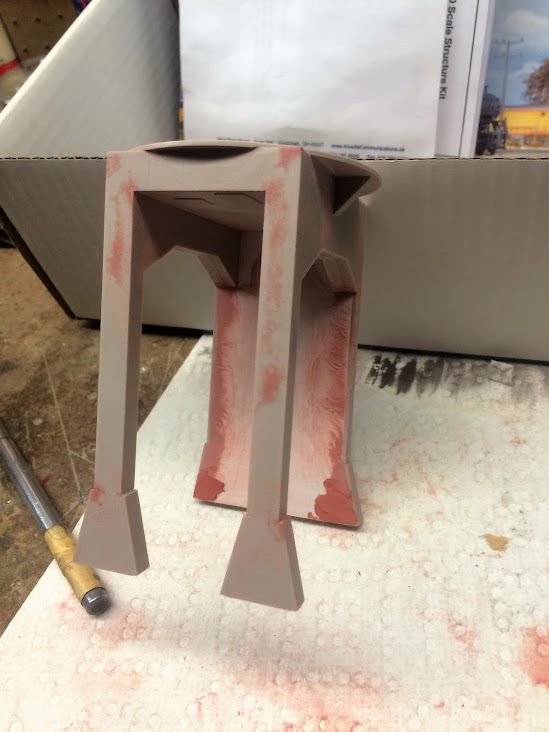 I applied Bondo to fill in the cracks and joints and then sanded everything smooth. At some point, I decided to go all in and change the base to look like the one at Sandy Hook. 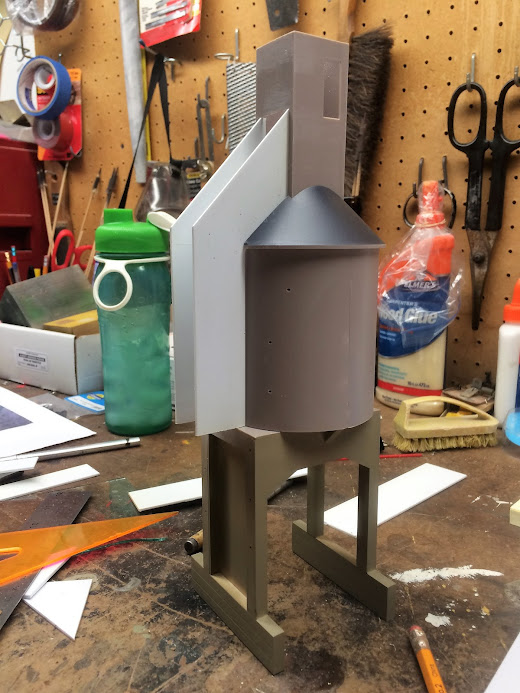 Eventually, I got all of the concrete sections of the tower assembled and painted using Vallejo Aged Concrete. I then scratch built an unloading shed and fitted it to the elevator on the back side of the building. At this point, the structure looked like what you see in the engine terminal in the photo below. 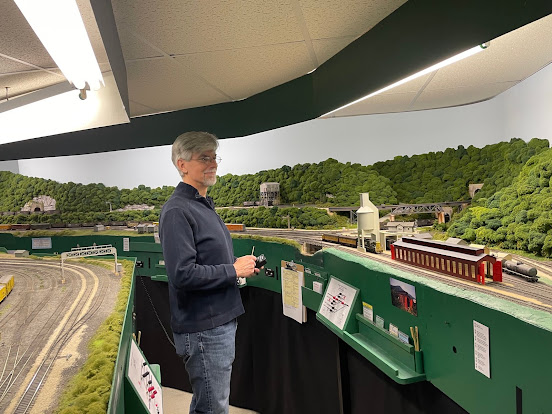 And it sat like this for a very long time. In the next post, I'll explain why.

Posted by Tom Patterson at 8:14 PM