In the late 1940's, the Marketing Department of the Chesapeake, Wheeling & Erie was charged with developing a new advertising campaign for the railroad. Given the road's main line connection between the Great Lakes and the Atlantic seaboard, it seemed important to emphasis this route when dealing with both existing and potential customers. As a result, the "Central Belt" moniker was born. This further developed into the slogan "The Central Belt- Linking the Great Lakes and the Atlantic Seaboard." The first evidence of this change on rolling stock occurred in early 1950 when the original steam era herald was replaced with the new "CWE- Central Belt" herald. And the first units delivered with this herald were the F7's that arrived on the property in 1950. 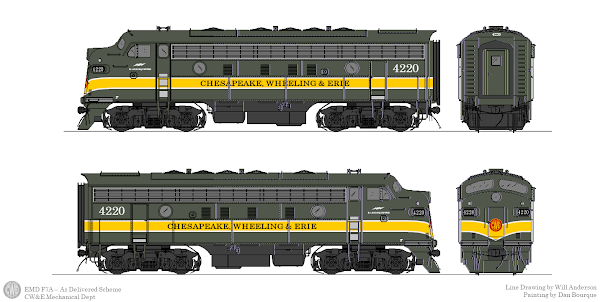 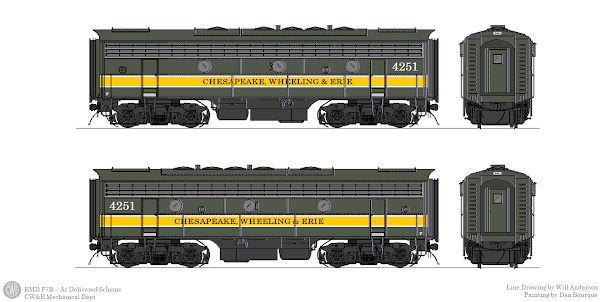 These units were followed by the first order of GP7's in June of 1951. 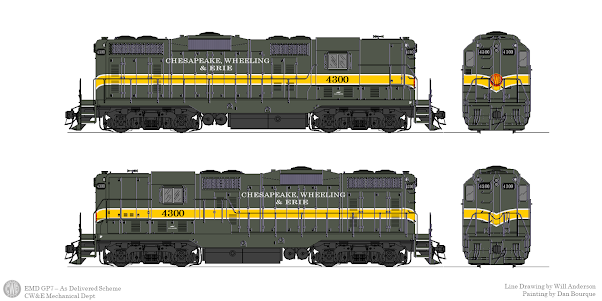 This paint scheme would last until early 1957 when the first of the F units were repainted into the F2 paint scheme. At this time, the railroad elected to use the Central Belt moniker as the road name with small "CW&E" initials under the cab windows on the A units and at one end of the B units. In order to improve visibility, the cab units were painted solid yellow below the grills and the ends of the GP's were painted solid yellow. 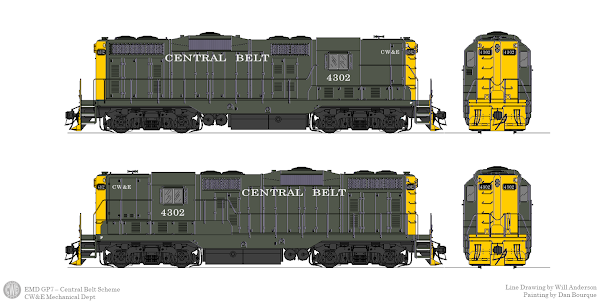 This paint scheme and numbering system would remain in effect until 1966 when the railroad began to renumber all locomotives according to horsepower ratings and the Central Belt logo was discarded for the large "CWE" herald.