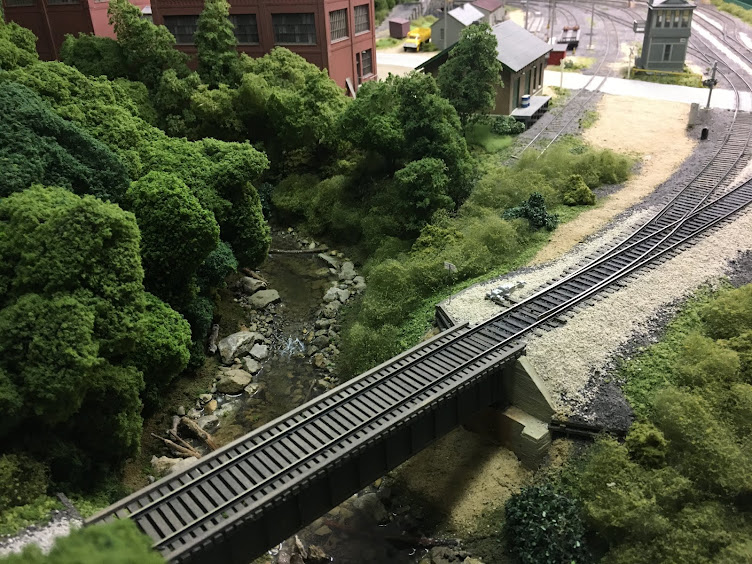 Waiting for a train at the west end of Hollister Yard. North Pierce, WV

Now that the sailboat is put away for the season, it's time to get back to work on the railroad. I did manage to get a few things done over the summer, including some progress on the bunkhouses mentioned in a previous post. The photo below shows the current state of completion. 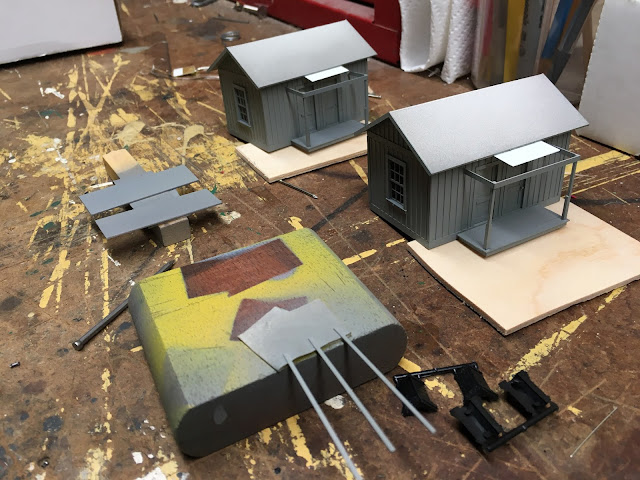 The tabs over the porches will be used to attach the porch roofs which can be seen in the middle left of the photo. The 2x4's that were painted the same color as the bunk houses will be used for the porch railing. The next photo shows the scratch-built doors. 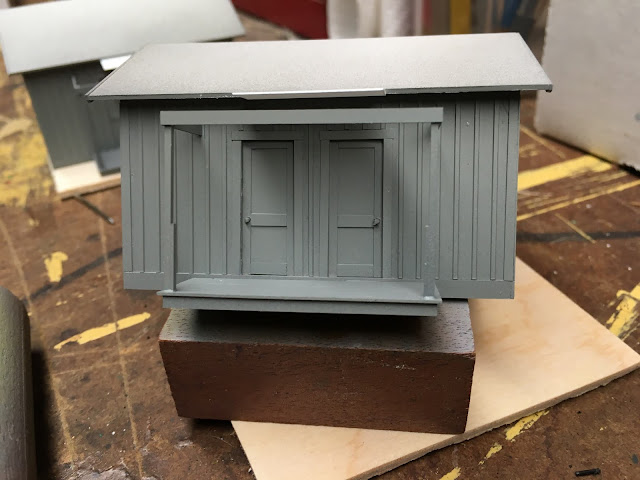 These two structures will be located to the west of the yard office at Nelsonville. The photo below shows the area. The back of the buildings will be supported by posts in the same fashion as the section houses at Quinnimont. 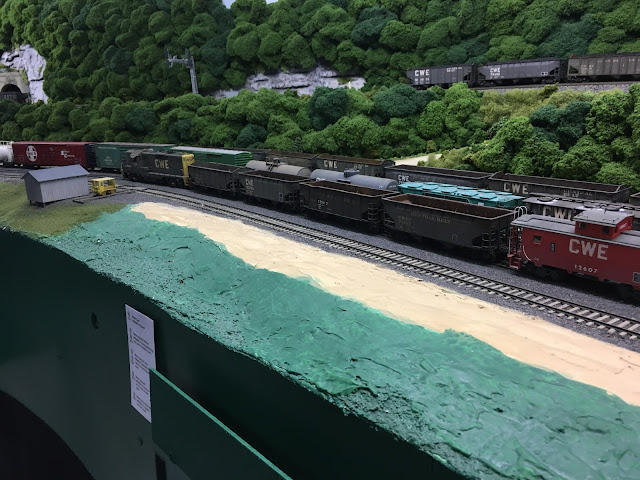 And now for a sneak peak at what will be a new "industry" on the railroad. 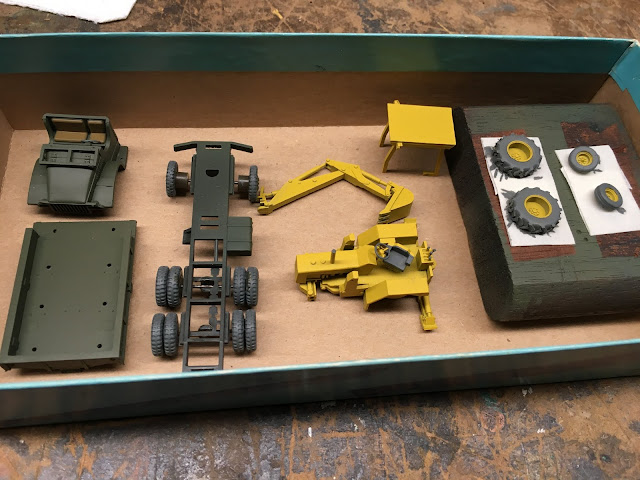 More to follow on this exciting project in the near future!

Posted by Tom Patterson at 6:58 AM