No- not that kind of curtain call. Perhaps I should have titled this post "A Call for Curtains." In any event, a full set of curtains arrived and were installed on the layout this past week. Carolyn Montgomery is the seamstress who made them and her husband Steve, a very talented modeler in his own right, installed them. What a difference they make!

The photos below show how the areas around Nelsonville and North Pierce looked prior to the new curtains. 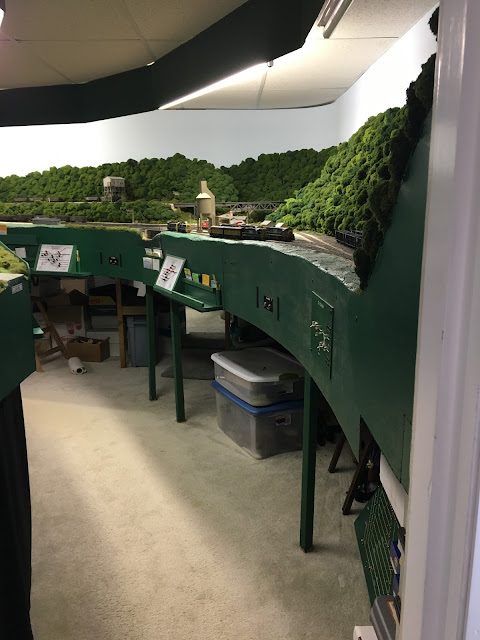 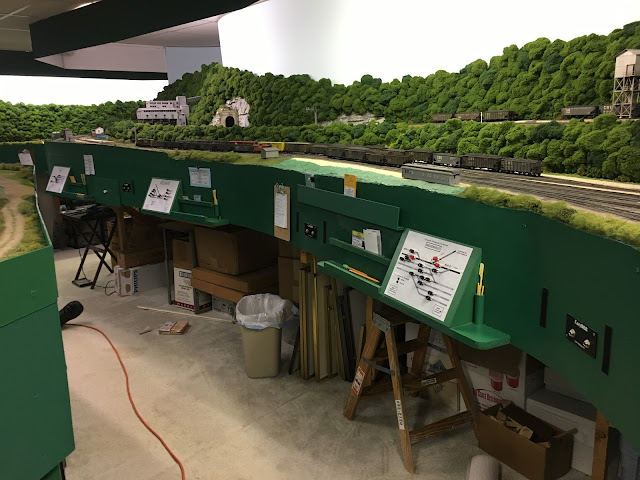 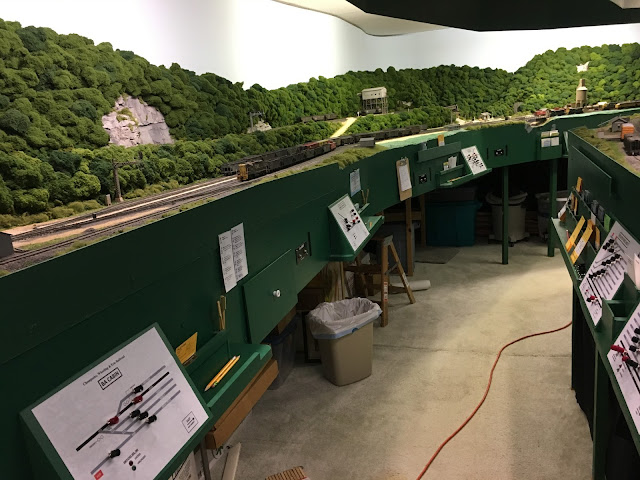 The clutter under the railroad really does catch your eye. As much as I've tried to get rid of some of the junk and clear things out, it was never going to get much better than it appears in these photos. And I have always thought that curtains, along with valances, add an additional level of finish to a railroad.

The photos below show the new curtains in place. 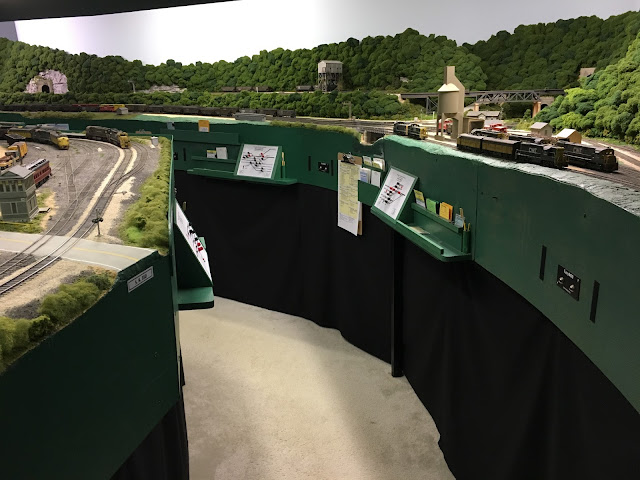 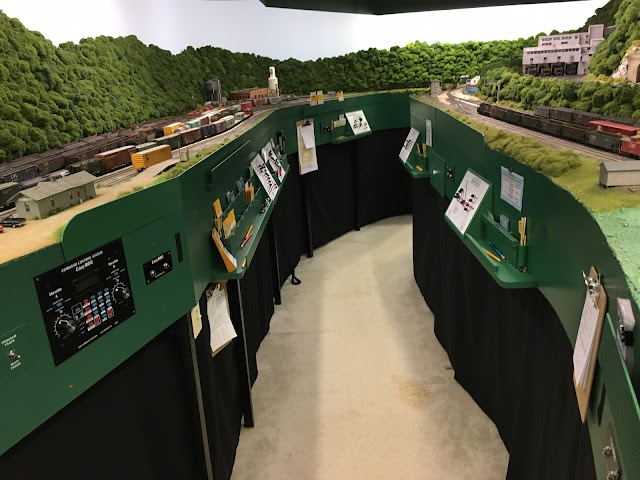 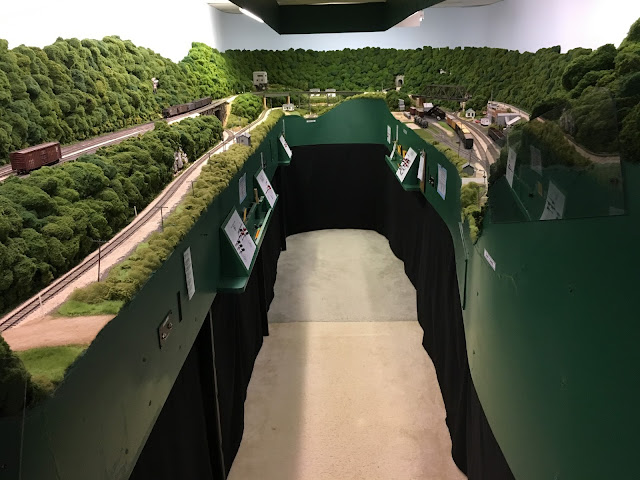 I had previously installed curtains in the alcove above using a material that was much heavier than the material that Carolyn used. As a result, the curtains tended to pull out fairly easily from the clothes pins that are used to mount them. The lighter material stays in place much better.

The photo below shows how the curtains are hung. The wooden clothespins are attached to the back of the fascia using a hot glue gun. I picked this tip up a number of years ago on one of the forums. If I was still in the design phase, or if it was a viable option at this point, I would have mounted carpet on the fascia as described by Allen McClelland in one of the Model Railroad Planning issues. By attaching a strip of Velcro to the top of the curtains, they can be mounted directly to the carpet at the bottom of the fascia. This makes installing them and removing them extremely quick and easy. 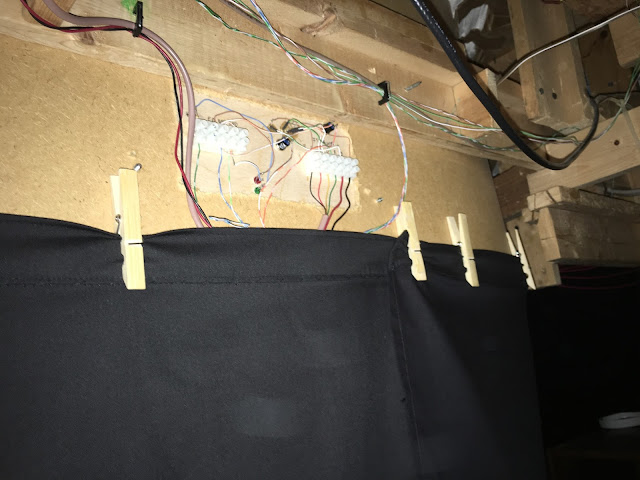 It's common knowledge that curtains help draw your eye toward the action on the railroad as opposed to being drawn to the clutter underneath the railroad. Still, I was amazed at what a difference it made in my situation.

Carolyn and Steve did a beautiful job and I'm grateful for how quickly they got them done. The Mid-Central Region of the NMRA is hosting its annual convention in Cincinnati this spring and the railroad will be open for a tour. It's great to have this last piece of "finish" in place and I think it will help show the railroad at its best.

Posted by Tom Patterson at 7:05 AM